For eight years Ann Arbor SPARK has played a key role in one of the largest business plan competitions in the world.  SPARK was the original producer of the Accelerate Michigan Innovation Competition, which every year has awarded a top prize of $500,000, of which SPARK provides $250,000.  This year, the top prize went to Houghton-based startup company Orbion Space Technology, co-founded by Dr. Brad King and Dr. Jason Sommerville. 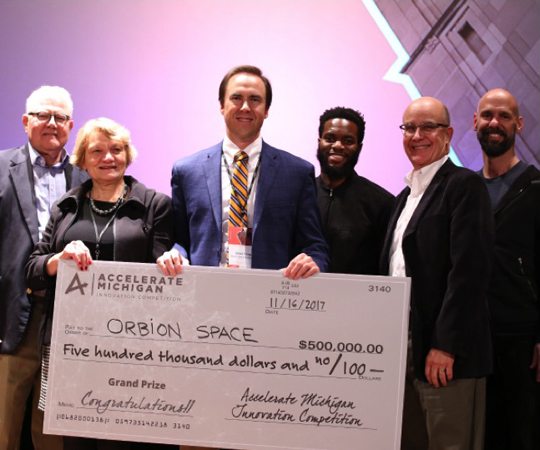 The company’s satellite propulsion system targets the more than 10,000 small satellites that will be launched into orbit by commercial entities in the next seven years. Orbion’s propulsion system is capable of achieving efficiencies unmatched by anything currently available in the market.

All previous winners have indeed accelerated their growth since winning.  We are thrilled with their success.  This story is just one of many that demonstrates the diversity and innovation in Michigan with opportunity for investors, entrepreneurs, and society.